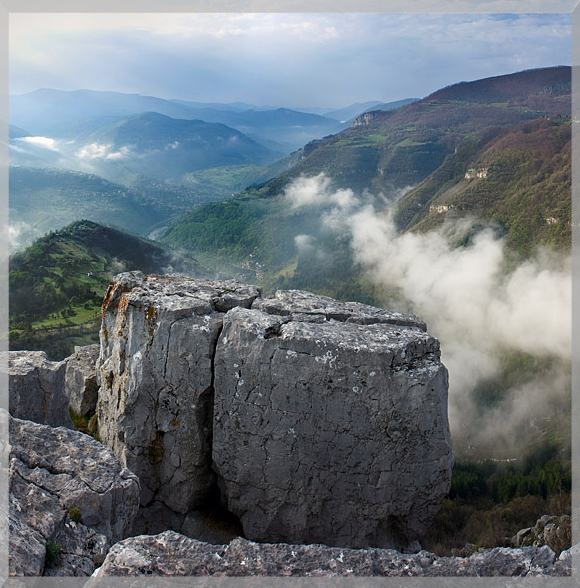 Please, be using your contacts to let that below-mentioned German- letter be translated into all Islamic languages by different translators. Please let sign the translation by each one.

Too, please, let the letter be sent to some newspaper publishers to getting in touch with the terrorists and extremists, whose will perhaps read some special papers.

In hopes that by involuntary German witnesses as well as by each foreign language speaking person from my hometown the existence of the Authority has been confirmed* also via TV  from “outside” and you also have been informed about it, that one of the Authority is an Empress, I am writing you a letter in this way now.

As it is known in general that it shell be not discussed or communicated with terrorists, because the unfair way of the use of weapons of your groups affects also many innocent people and not those ones, actually, which cannot live down guilt completely for such attacks.

There are certainly among you people as extremists and terrorists they only have joined to such groups, because they just would like to kill very simply to be able to exist, whether in life on earth or in afterlife.

These people want to kill others to be able to live independently themselves, what has something to do also with the culture and education of those ones, whose are subject by this mistake.

Other extremists or terrorists want to change something or completely alter something; those people often have genuine motives and do not only fulfil an egoistic purpose, however, they also pursue a certain destination and want to finish or to smash something in order of their faith.

Again others want to move something in the world to protect things and to wake up people. Often it is the injustice and these are compulsions, by which young people have been made violent.

In fact without any violent and power it cannot be made a lot concerning this indeed, however, the power must also affects the right ones and it has to be guaranteed that not the innocent people will be injured or even will lose their lives.

It must be answered by force, however, with a power that is not under the level of the cause, since one only stirs hate and malevolence and as a result the actual destination of the extremists and terrorists is achieved thereby.

Every older person, who is today in a political position of power was also once young and was able to form an opinion oneself by the world view at that time.

Today the world view looks a little bit differently, than it was e. g. thirty years ago.

In other words, it is not quite unfounded from many young people to protest against this International politics and if necessary also by using force.

By the observations of my person I have to criticise very strongly the today's International politics particularly in one point, because many people of the generations from the thirties years, particularly the generation of the fifties and sixties, quite simply do not want to come down a peg, because they still want to everything like that, what they also have been wanted as young people.

They wanted to enjoy youth, however, the enjoyment simply had to go on in such a way, so that for the youth and the following generations a very dirty field is left, then nearly everything from many of the called generations is exhausted and enjoyed to the full.

These reasons are sufficient to answer by force as a young person; in that matter a healthy common sense must agree.

Just those ones, which were rebellious also once as a young man and partially struggled hard himself by the right arguments, has won a disposition and a field in the society until in politics or Media and now condemn retrospectively themselves as young persons and the today's rebels, too.

Moreover at that time young people came also in public positions compulsory in a good field and these young people have accepted it, what also is legitimate.

Only what thereby is not right anymore is that these people in a high position devalue that now, for what they really once have fought and today they do depreciate all that as silly pranks. Just this people have jumped on bandwagons for everything in claim to take against what they wanted to fight at that time.

It is very unfortunate, that some people themselves can allow to dissuade so completely from one`s conviction, if one offers them recognition, wealth, comfort and a lot more.

Each one in a high position, who also had the possibility steering against the spirit of that time and did not to steer to one`s own conviction and did not acted rightly refrain from better knowledge, now stands in a special form in the responsibility namely compared with them, whose today only can answer with cowardly use of force.

It is also a guilt question, if people want to move innocent fellows into death, the question is: who bears the guilt for such assassinations?

My person will also have to answer by force, however should the power and must the power effects exclusively the right ones and this used force made from “outside” should move over the dirty level of the today's International politics and the worldwide terror.

This should happen by the Cudgel of Empress, however, something you`d better understand: It is given at least one fair chance for every individual.

For this reason my person wishes that you as terrorists and extremists will lay down your weapons and exchange if necessary while you will use exclusively only a shotgun instead of dynamite and other dangerous, unfair weapons.

Nobody then will be allowed to punish or torture you as terrorists and extremists only the court from “outside” will be responsible for you; that comes up to no human being in these cases.

So that the seriousness of the real situation has something good, you should also be fair and fire into the sick asses exclusively with shotguns or not any more at all.

Should you work as affected persons with shotguns, you are onto the secure side.

Nevertheless, my person would like to inform you as an additional criticism, what concerns particularly the Muslim terrorists.

Why do you condemn primarily the USA, while you have attacked the World-Trade-Centre by flying objects, if in the Arabian countries the oil sheikhs are doing their businesses in some Seven Stars Hotels and there even the localize streets may reflect the wealth and abundance of these countries in a decorated manner?

The people of your faith are not so much better or so very different from an American or from people of other cultures, if people can be of use the possibility of the more than highest standards of living.

Please, think about that once carefully all by yourselves!

HP.: According to the opinion of your Empress one is able to give back as you were given only, if an essential difference is remaining, otherwise one loses the fight quite fast!

If one a little more exactly watches some rich states and the life of this Muslim culture, one can clearly recognise and explorer how a Muslim man will imagine the everlasting light or the Paradise.

The first is wealth, gold and valuable gam, jewellery, luck and many virgins, who should be there for a man.

It goes on with wine, fresh fruits and always a beautiful virgin, who spoils the man and attend all his wishes by lying at his side in a magnificent bed at the palace.

But strictly speaking there is in the creation of a person also the woman, who would have to divide then her husband with other women for ever and should serve for ever only the man.

But then this would be strictly speaking for a woman no worthwhile life in Paradise, because to the big luck always belong two opposite poles through a predetermination of our all Creator, as a rule the man and the woman, to be able to come to a real blessedness.

Also one can recognise by these essential heavenly wishes of a Muslim man that the Prophet Mohamed has lived in a time of the rebels or rebellion and wanted to create an order also in afterlife, which should distance and protect the man clearly against the woman what is recognizable even today by the women and by wearing of the burqa.

It must be and will be there a natural hierarchy and order of humanity and, indeed, the man was placed over the woman according to the Old Testament, however, this happened primarily because of the strength of the man to be able to protect and to provide his woman, his children and his family but not to be able to protect himself against breaking down and give a temptation of the women.

As a break down man one also does not bang headless in the area and kills people to be able to enter the Paradise, which will look surely completely different than you and other generally can picture to oneself!