Please, do something reasonable with the found ground water in Kenia and go on with the searching for water in the other countries of Africa, because you can`t make something out of nothing. (Dec. 2013)

Knowledge Before 8 o’ Clock: Result 40: How does one gets cheaply clean drinking water?

How can PET bottles generate clean drinking water? And why could they become one of the most important inventions of the century? Ranga Yogeshwar knows the answer. 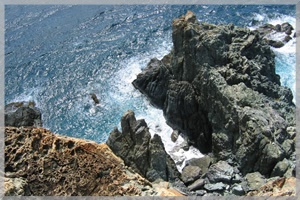 For years there is and there was a possibility making available quite cheap clean drinking water on the easiest way﻿ and without complications at every place of the earth, how you can enquire yourselves afterwards.

This is a real scandal which puts the transactions by mistake transferred money at the rate of 300 million euros of a financial institution in Germany by far in the shade!!!

It actually came and comes down to the possibility to earn money with expensive distillation treatment works and sewage treatment works by the poor and poorest countries of the world!

Once again in easy words for showing initiative:

Making clean drinking water one needs PET bottles, so the customary plastic bottles, which must be clear and may not be dyed as for example green PET-bottles.

Furthermore one needs tap water, which is as a rule not aseptic﻿, what will be the case as well as in the disaster areas, particularly in the poor and poorest countries!

One fills these bottles up three quarters (3/4) and lays them in the sunlight at least three hours. Should the sun not shine one needs by daylight two to three days, until the water is aseptic.

So simply it works and thereby there are about 70% of the infection illnesses no more ripe for decision, which in the Third World end by impure water often also with the death!

What becomes ripe for decision now, that are the people, who will knowingly provide not any immediate assistance!

I warn you and your equals, with me is not to be joked anymore!

One day we will "talk" to us absolutely and then I would like to get the persons responsible demonstrated, either as personalities or however as half an animals!